our power down thursday went very well. we got off to a rocky start, though. at 7:30, my 6 year old was already whining about wanting to watch tv. i had to cheat a little. the girls were playing with play dough in the morning, so it was absolutely necessary for me to break out the vacuum. also, after lunch, i let them watch a movie. we watch a movie everyday after lunch and before naps. i didn't think i was going to get them calmed down enough if their routine was broken. other than that, though, we were powerless. the kids actually had to play with each other and the room full of toys actually got played with. we spent all afternoon playing outside. it was nice because they played and for the first time, the oldest didn't complain about wanting to go inside. they didn't even seem to notice that they were taking a bath in candlelight.

all in all, it was a good day. it wasn't nearly as hard as i thought it would be. i'm amazed that my husband was such a good sport about it. when it started getting dark, he started lighting candles instead of turning on lights or the tv (which i expected him to do). i definitely we will be doing this once a week. i think it's good for us as a family and definitely a good experience for the kids.
posted by Brandi at 7:43 AM No comments:

yesterday, this idea came to me and i thought it would be fun to do (my husband doesn't). my bright idea was to go 1 day a week without using electricity. i will obviously not unplug the refrigerator and we will still run the air conditioner. aside from those 2 things, everything will be unplugged and nothing will be turned on until the next morning. this should be pretty easy to do during the summer. the kids can spend most of their time outside and they go to bed before it's completely dark. we'll have cold cereal for breakfast, sandwiches for lunch and bbq dinner. we'll start a fire and make s'mores for dessert and how fun for the girls to take a bath by candlelight.

this idea came to me when i realized that the kids would rather watch tv or play video games outside. the more i thought about it, the more i liked the idea. it really forces us to use out imaginations and come up with things to do as a family. i also like the idea that after the kids go to bed and it's dark, my husband and i can't sit around and watch tv and we are forced to sit in candlelight. after i decided this, i started wondering what 4 days a month with no electricity would do to my power bill. it couldn't hurt, right? i'm excited about doing this. we're going to give it a shot tomorrow. i don't know how well it will go because this is something i just decided yesterday and i already had our meals planned. we're going to do our best, though and will definitely dive in all the way next thursday. my husband thinks the idea stinks and looked at me like i'm insane when i told him. you never know, it might just be a great idea!

do you think you could go a day without power? what kind of things did your parents do to promote family time and do you think it was worth it or a waste of time?
posted by Brandi at 12:50 PM No comments:

summer has officially arrived in the Midwest! last week, it was rainy and the temperature barely reached 65. this week, however, it is near 90 and sunny all week. that's Illinois for you.

today was the last day of school. our oldest daughter was so excited about their last day activities. my husband was to serve lunch and i was to help with games this afternoon. she woke up this morning and said she didn't feel well. she was determined to go to school so i let her. they left at 7:00 and by 8:30, my husband had to go pick her up because she was running a fever. she was so upset. she's feeling better now. a dose of Tylenol and her fever is gone. she and i had plans to eat out together tonight. i think that we might still give it a shot as long as her fever doesn't return.

i'm really looking forward to having her home for the summer. during the school year, i felt like i had very little time to spend with her. they left at 7 am, came home around 4pm. after dinner, baths and fighting to get her sisters to sleep, she spent most of the day with her dad. now, she is all mine for a couple months!

do you ever feel that you don't spend enough time with one or all of your kids? what do you do to try to make up for it?
posted by Brandi at 2:12 PM No comments: 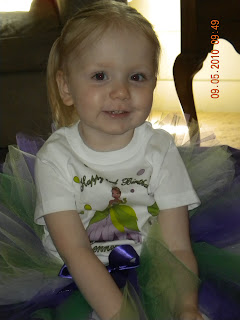 two days of birthday celebrating! we are worn out. her actual birthday isn't until tomorrow. it will be nice to just stay at home alone tomorrow, eat left over cake and relax. we had 2 days of opening presents (tomorrow will be 3) and 2 birthday cakes. the thought of cake kind of makes me sick right now! they were all asking for cake before i even made breakfast this morning. you know what, i gave it to them! i wasn't going to tell anyone, but it's so unlike me, i thought it was funny. they each had a tiny little peace while i was making their real breakfast. a friends husband told me one time that he thought if you were going to give sweets to a kid, you might as well do it in the morning instead of in the afternoon or before bed. he said that way, they have more time to run it off. that is what was going through my head this morning! the kids were all delighted and amazed and told me that i'm the best mom ever. now, i wonder what they'll say the next time they ask for cake in the 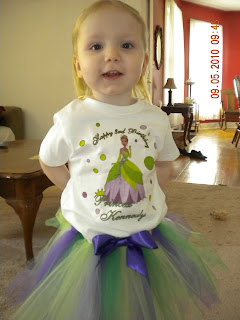 morning and i tell them no!
Well, i think i've had about all the family fun i can take for a weekend. i was woken up at 3:45 in the morning and have been very sick all day. luckily for me, it is mother's day and they're actually willing to let me rest and try to feel better.
just in case you're wondering, the tutu and shirt she's wearing came together. i ordered them from the tutu fairy. she makes all tutus to order. you can find her on ebay or http://www.etsy.com/shop/TutuFairy. she really loved it and looked so cute. i'm definitely going to get one for my youngest daughter's birthday in june.
i can't believe she's three already. where has the time gone? i just love watching them grow and change, though. at every age, i keep thinking, i wish i could freeze them here and keep them this age forever. they truly are amazing! 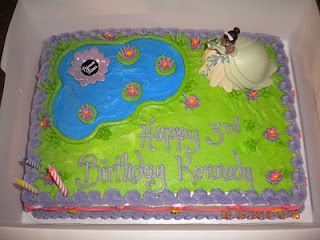 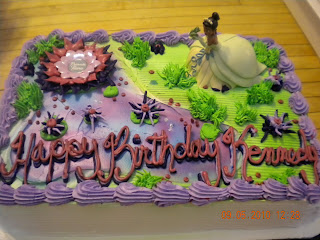 posted by Brandi at 5:52 PM No comments: 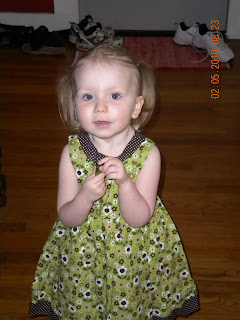 i was thinking about weekends and how they used to mean going out on dates, with friends, etc. however, now, i realize that we never do anything on weekends. we stay home at night and we use the days to get things done that we can't get done during the week. what is the fun in weekends, then? i am usually in bed by now, but i decided that it's friday night, it's ok for me to stay up a little later! when did i become so lame? so, here is my resolution: i resolve to get more accomplished during the week and spend more time having fun on weekends. instead of staying home, trying to get things done, we will start taking the kids more places. i have been doing fly lady challenges and this, hopefully, will help me more during the week. this weekend, we are celebrating our midd 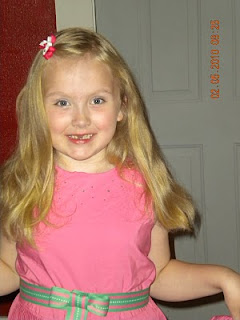 le daughter's birthday (which is monday). we are going to a bbq tomorrow and having family over sunday. for next weekend, i will plan something fun that we can do as a family. even though we're always home on the weekends, i feel like we don't do enough together. that is a problem i plan to remedy! 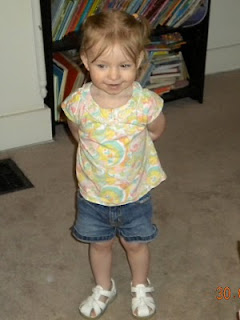 what do you do on the weekends? do you use them for rest, work or fun? what are your favorite activities to do as a family?
posted by Brandi at 10:06 PM No comments: 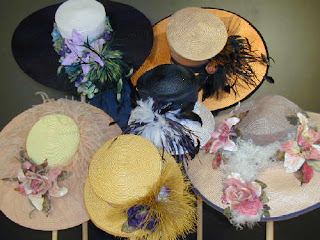 Directions:
Make a mint flavored simple syrup by boiling water and sugar with two bunches of roughly torn and bruised mint in large sauce pot. Boil just until the sugar dissolves completely. Cool and strain the mint out of mixture.Add bottle of whisky to the infusion. Stuff the empty whiskey bottle with last bunch of fresh mint leaves and fill with the simple syrup/whiskey mixture.Cap and put in freezer overnight. It will freeze to a slushy consistency for serving.Glasses: dip the rim of each glass in egg white, then in sugar for a frosted appearance and chill. Fill with mint julep mixture straight from the frozen bottle and garnish with a mint or lavender sprig.
posted by Brandi at 5:45 PM No comments: