tell me what you really think, it's ok, i'm pregnant

it's not often that steve and i agree on things.  if i think something is annoying, inappropriate or just wrong, he usually acts like i am overreacting.  in the same manner, i tend to think things he thinks are a big deal aren't.  however, today, he was saying that he doesn't understand why people feel the need to comment on our private lives and think it's ok because we're having a baby.  i thought it was funny because i had touched on  this earlier. 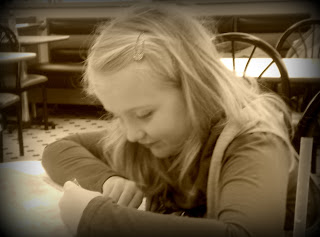 his complaint is with people speculating on the sex of our baby.  he says he's tired of people telling him that he wants a boy or saying things like "surely, this one will be a boy", or just stating that this one will be a boy (like the baby won't count if it's another girl).  this is when i told him my thoughts (about others' thoughts) on our home or our sleeping arrangements.  it is amazing what people think they are allowed to say just because there's a baby on the way.  i doubt anyone would come out and say "gee, i bet you wish your 2 year old had been a boy, huh?" or be so quick to bring up the size of our house in regards to the family we already have.  it would be rude to say those things if we weren't expecting, but nobody thinks it's rude now.  steve and i find it amazing. 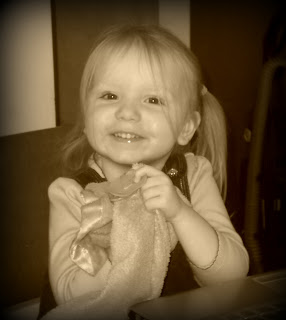 the truth is, we really couldn't care less what the sex of the baby is.  it doesn't matter to us at all.  it makes no difference to us where the baby will sleep.  we'll make do with what we have and what we have is a wonderful family and a whole lot of love.  we don't put a lot of stock in material things or things that we have no control over.  what matters to us is that our new baby, as well as our other babies, are happy, healthy and know how much we love them.  that is what we think is important. 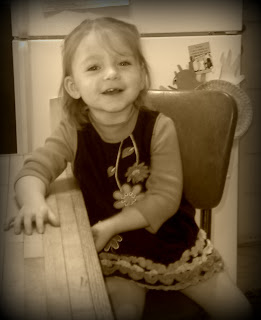 on the 22nd, we go for an ultrasound and if we want, we can find out the sex of the baby.  we have been debating over whether or not we want to know.  that would be the best way to show people that it doesn't matter to us. however, the girls are so anxious to know.  we have until then to decide.
posted by Brandi at 2:06 PM