A Week In Review-Kind Of

What a week it's been.  we've had TWO snow days.  yes, i hoped, i wished, i asked for one, but two?  that's just kind of mean.  so, corrina was in school yesterday, only goes for like 3 hours today and is home until tuesday.  i wonder how many times i will have to hear her say "i'm boorred" "i don't want to do that, it's booorring".  i'm a grown up.  my imagination only goes so far.  i would assume that when you are 7, you can come up with something to do on your own.  this just doesn't seem to be the case with her.  then again, it is possible that she's just trying to drive me insane and my reaction to "i'm booorred" actually is her entertainment. 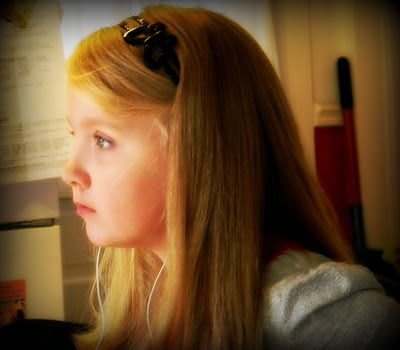 well, at least there's a birthday party in the middle of the weekend and i promised to take her shopping and get her ears pierced on monday.  this is something her father objects to because she's only 7 and he's sure that this will lead to other body piercings, tattoos and delinquency by the time she's 15.   you know, kind of like her mother (but, naturally, we don't discuss me very much. it's better to pretend that i've always been a lame fat lady who never leaves the house).  oh, and by the way, i didn't really become a delinquent until i was 18.  at that point it's no longer delinquency, is it?

in other news, my husband is trying to make me leave the house today.  he suggests that i go to the grocery store (because that is my duty as a housewife), then maybe go to the library or take my book to lunch, and come back in time to make dinner for them (apparently, also my duty as a housewife).  i don't know, a margarita lunch doesn't sound so appealing sans margaritas.  besides, the mexican waiters are kind of mean to me now that they're not trying to get me drunk and steal my organs.  oh well, i suppose i could do something. 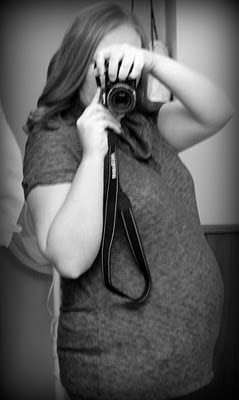 i ordered some new sweat pants (are they even called that any more) because my old ones seem to have developed holes in unflattering places.  i also ordered a bathing suit.  i did this with the intention of wearing them to the gym (which i will eventually join).  winter is killing me.  i need to get out of my house.  i need to see other people.  i need to get some exercise.  i know i'm pregnant and i'm supposed to gain weight, but seriously, i don't think pregnancy is supposed to turn my rear into a shelf.  you can actually walk behind me and rest a drink or a plate or even a small child back there.  i'm considering covering my backside with a table cloth and trying to get a job in a restaurant.  perhaps while i'm out today, i should swing by the gym and unwillingly pay them my money (because i have become a cheapskate, or frugal if you you will, and i can't decide if a gym membership is something i'm ok with paying for).

by the way, apparently, i am no longer a cancer, but a gemini.  i'm not really sure why this matters or when this happened.  i just happened to notice that a lot of people seem to be discussing it.  now, i'm left to wonder who am i really?
how was your week?  do you better job at entertaining your kids on snow days than i do?
do you think 7 is too young to get your ears pierced?
also, do you think it's better to hide your mistakes from your children or be honest with them?
posted by Brandi at 9:15 AM

Email ThisBlogThis!Share to TwitterShare to FacebookShare to Pinterest
Labels: about me, life, pregnancy, random