Saturday, I took Corrina shopping.  We had a very good time together.  It was so nice to have her talk to me and not argue.  She didn't complain, she didn't whine, we laughed, we had fun.

At some point in the day we were talking about music and she mentioned Snoop Dogg.  My response was "i don't think you should even know who Snoop Dogg is".  she's 7.  she told me that he sang some part of some song with some person (i really know nothing about top 40 music).  Yesterday, we were watching the Spongebob Square Pants movie on Nickelodeon (which I know is not exactly appropriate for children, but I'm not perfect).  Afterwards, Nick showed a video from their show/band (I really have no idea which. Both, maybe) Big Time Rush and it featured Snoop. 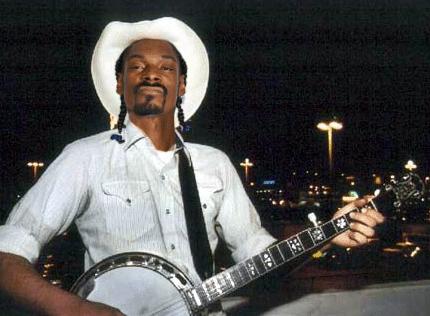 My question is, does nickelodeon really think that Snoop Dogg is appropriate for children?  I mean, Big Time Rush might be a show about teenagers, but I'm pretty sure that it's main audience consists of kids from 10 to 13.  I don't think actual teenagers really watch the show.  Yes, the Snoop in the BTR video was on his best behavior (despite spending most of the video on a couch surrounded by presumably underage girls) but should they be sparking an interest in this kind of artist?  Let's not forget that most kids in this age range have the Internet available to them at some point in the day.  Do you want your tween googling Snoop Dogg or downloading his music?  Perhaps someone should remind Nickelodeon that it was only 10 years ago that the man was making PORN!

Seriously, though, I've been known to enjoy some Snoop in my day.  I'm not going to lie.  I bought Doggystyle when it came out.  I was in the 8th grade.  I'm not super sure how this happened or why my mother would allow such a thing (maybe she thought I was older, maybe she didn't know, maybe she knew and I hid it), because let me say, there was nothing on that album that was appropriate for a 13 year old.  I also did get a big kick out of Snoop's tribute to Sookie Stackhouse on True Blood last summer (which happens to be one of my guilty pleasures).  I don't even blame him.  He's trying to make some money.  I think if I offered him money, he'd probably come to my birthday party and babysit the kiddos.  However, I think Nickelodeon and the people who make Big Time Rush probably should have thought this one through a little more.

Email ThisBlogThis!Share to TwitterShare to FacebookShare to Pinterest
Labels: parenting