oh my.  has it really been more than a month since i've written here?  i've been struggling with issues of living a life online and questioning why i write here.  i think i've resolved my issues and now i'm back!  we have been so busy over the last month.  stella celebrated her first birthday and corrina received her first communion. 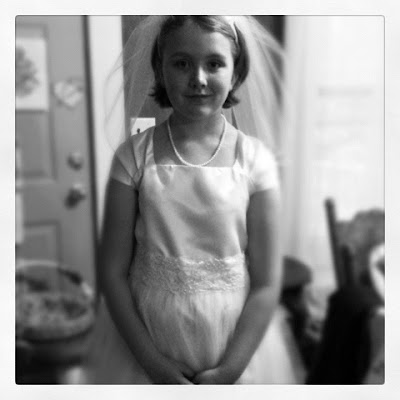 doesn't she look like a little bride.  she's almost as tall as i am now.  she seriously needs to stop growing.

i know everybody says this, but it really doesn't seem possible that stella is 1 already.  this year has been fairly easy.  i don't know if stella is just an easy baby or if i have just relaxed that much.  it's been a good year. 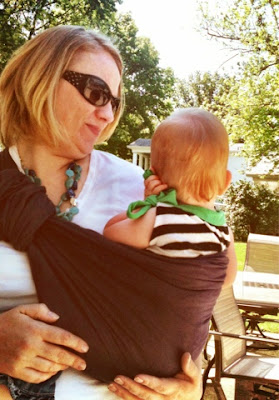 today is kennedy's birthday.  beth interviews her kids on their birthdays and i kind of like the idea.  kids say some pretty funny and amazing things.  i think i might borrow the idea from her and come back later with an interview from kennedy.

in the meantime, you can always find me on facebook.  i may even start tweeting again.  it's been a while.  you can also follow me on instagram.